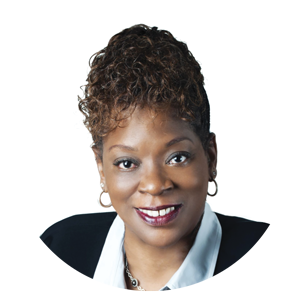 Denise Lynn Nappier is the first African-American woman elected to serve as a state treasurer in the United States and the first African-American woman elected to a statewide office in Connecticut. Elected in 1998 and re-elected in 2002, 2006, 2010 and 2014, Treasurer Nappier is also the only woman to be elected Treasurer in Connecticut history. As Connecticut’s chief elected financial officer, Nappier oversees $63 billion in state funds, including the $34 billion Connecticut Retirement Plans and Trust Funds. Her high standards and financial expertise have brought integrity back to the Treasurer’s office and professionalism to the management of state resources. 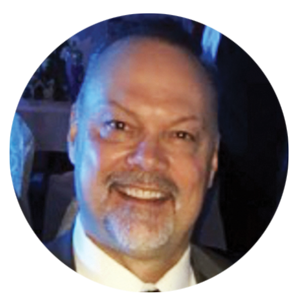 Rick A. Silva is executive director of the UFCW & Employers Trust, LLC, which administers nine ERISA benefit plans covering 130,000 people. Rick manages a staff of 190 employees in two offices, in the East Bay and in Northern California. He oversees the operations of all departments, including Administration, Human Resources, Compliance, Health and Welfare Operations, Pension, Information Technologies, Finance and Employer Accounting, Communication Marketing and Branding. In his 37 year career, he held several positions that influenced the retail food industry. Prior to joining the UFCW & Employers Trust, LLC, Rick worked 11 years in the Human Resources arena. 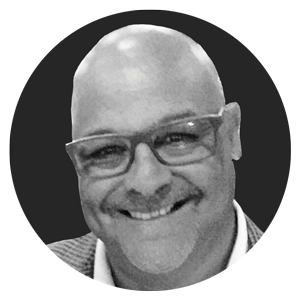 Greg Tarpinian is senior managing director at EnTrustPermal. He has been a respected labor economist, union consultant and media commentator on labor issues. He was founding executive director of the Change to Win labor federation and had an important role in the election of President Barack Obama in 2008 before serving on the Obama transition team. Greg is an advocate for defined-benefit pensions and is active in the political and policy arenas for sustainability of pension funds. Greg served as CEO and chief economist of the Labor Research Association (LRA) and LRA Consulting, where he was a nationally known labor economist and a consultant to labor and political leaders throughout North America. He worked closely with labor unions in France, South Africa, the UK, Australia and other countries. In that period, Greg wrote articles for the mainstream press and academic journals. He also served as a public advocate for worker and union causes in the media. 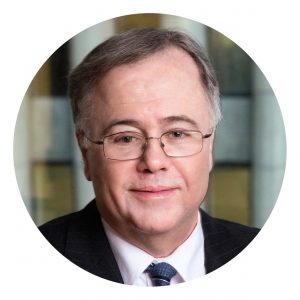 Hugh is President & CEO of OPSEU Pension Trust in Canada. He oversees the fund’s $19 billion in assets and is one of Canada’s foremost pension experts. Previously, he led the Pension Benefits and Insolvency Practice at Cavalluzzo Shilton McIntyre Cornish LLP and has served as a senior policy advisor and chief of staff to a cabinet minister in the Ontario government. 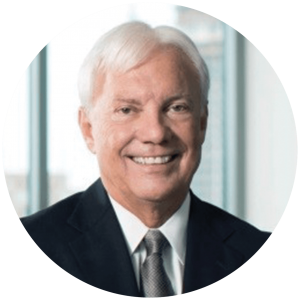 Jack is chairman of Marco Consulting Group. He began his career in investment consulting in 1977 when he was a senior vice president of multiemployer plans at A.G. Becker, Inc. When the company was bought by SEI Corporation in 1983, Jack became national manager of its Taft- Hartley Funds Evaluation Services. He is an investment consulting lecturer at DePaul University’s Graduate School of Commerce in Chicago. 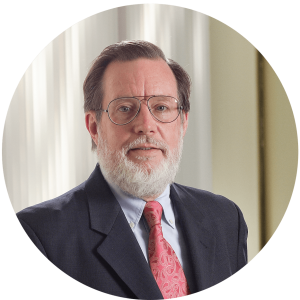 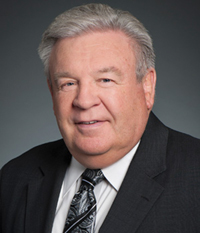 Jim represents bricklayers and allied craftworkers in one of the oldest trade unions in North America. He emigrated to the United States from Ireland in 1977 and joined the union to work on commercial projects in San Francisco. Since then, he has served in many roles at the union and is a Vice President of the AFL-CIO Executive Council. He is also a member of the Democratic National Committee. 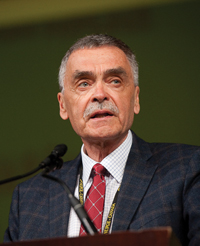 Larry represents public and general employees in Canada. Prior to becoming President, he was CEO of the Saskatchewan Government Employees Association, one of 11 smaller unions that comprise the NUPGE. He has worked in the public sector since the 1970s. Larry also chairs the NUPGE pensions committee, which uses its clout to promote shareholder activism and social investment. 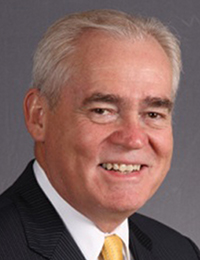 Randy is executive director of the National Coordinating Committee for Multiemployer Plans (NCCMP), which was founded to correct lawmakers’ misunderstandings of multiemployer plans as demonstrated by the enactment of ERISA. In almost 40 years of experience working with multiemployer plans, Randy has served as an administrator of national pension and health benefit plans in the U.S. and Canada and as their leading advocate on matters of public policy. Under his leadership, the NCCMP has been instrumental in communicating with Congress and the regulatory agencies of jurisdiction the multiemployer perspectives for every significant piece of legislation affecting working people. 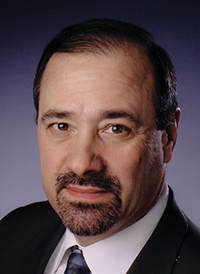 Ken is president of the Canadian Labour Congress. His career has taken him from pipefitter to prominent advocate for working people throughout Canada and North America. Under his leadership, the CLC’s membership has grown by 750,000 new union members to represent 3.3 million workers. He was awarded the Order of British Columbia and the Order of Canada. Ken is a modern labor leader who strongly advocates for working people and their families. He helped establish the Working Opportunity Fund, British Columbia’s labour-sponsored venture capital investment fund, which invests in high-tech, pharmaceutical, advanced manufacturing and other start-up businesses. 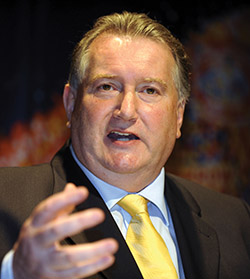 Sir Paul is General Secretary Emeritus for GMB, Britain’s general union. Under his leadership, from 2006 through 2015, GMB steadily increased its membership, won victories in workplace rights and led the fight to protect thousands of workers who were blacklisted by construction employers. GMB also has been at the forefront of tackling social injustices across Britain. These victories earned him knighthood by Queen Elizabeth II earlier this year. 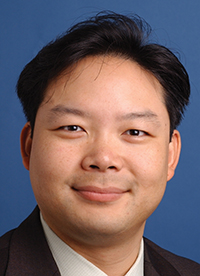 Hank is executive director and counsel for the National Conference on Public Employee Retirement Systems (NCPERS), the largest public trade association in the United States. As a strong advocate for defined-benefit pensions, Hank has proposed the concept of Secure Choice Pensions, a supervisory structure on the state level including elected officials, employees and employers. The concept is already at work in three states. Prior to joining NCPERS, Hank served for six years as a governmental affairs representative for an international public-sector union, working on benefits, appropriations, homeland security, and healthcare issues. 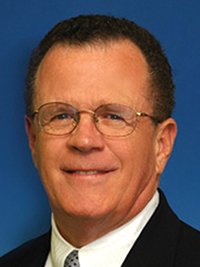 Chuck is co-chair of the Western Conference of Teamsters Pension Trust, which has a remarkable record of sound management in an era of extreme volatility. He attributes the Trust’s success to his staff’s hard work and diversity of investments. He believes defined-benefit pension plans are an essential component of the American Dream, and maintaining them is the responsibility of employees and employers. Over the years, Chuck negotiated contracts at both the national and local levels.  He served on the National Master Freight and Negotiating Committee and the United Parcel Service National Committee. 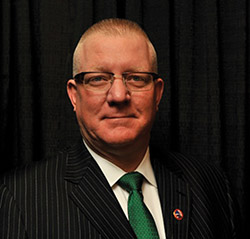 Sean is president of North America’s Building Trades Unions. He began his career at the International Union of Painters and Allied Trades (IUPAT) in 1981. He rose through the ranks at IUPAT and was elected secretary-treasurer of North America’s Building Trades Unions in 2005. In 2012, he became president. Sean also serves on several union construction labor-management committees. 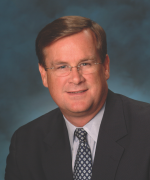 Russell is Chief Investment Officer of the New York State Nurses Association. He has more than 35 years of experience in the institutional investment industry. Prior to joining NYSNA in 2000, he was President and CIO of Commerce Capital Management, a boutique asset management firm serving small institutional clients and bank trust companies. Russell earned his MBA at the University of Texas in Austin. 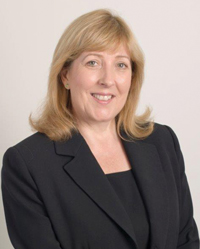 Fiona is responsible for global operations at PRI, which has more than 1,556 signatories representing more than $59 trillion in assets in 50 countries. She has more than 20 years of experience defending pensions for workers around the world. Prior to PRI, she served as CEO of the Australian Institute of Superannuation Trustees and was a director of four other funds in Australia. 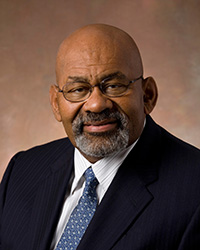 Max is the executive director of the Texas Association of Public Employees Retirement Systems (TEXPERS), a statewide association organized in 1989 to provide educational programs for more than 80 Texas retirement systems. These systems serve more than 400,000 active and retired members with more than $45 billion in assets. Max serves as the governor’s appointee to the Texas Emergency Services Retirement Board. 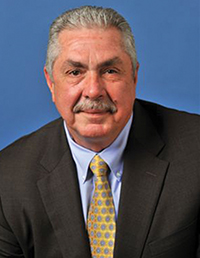 Marc was elected international secretary-treasurer of the 1.3 million-member United Food and Commercial Workers International Union in 2004. In this capacity, his primary responsibility is monitoring the finances of the International Union. He is also responsible for stewardship of the pension funds that will enable UFCW members to live out their retirement years in security and with dignity. 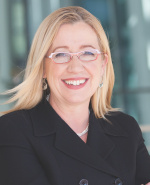 Anne is the Senior Portfolio Manager of Investments and Director of Global Governance for the California Public Employees’ Retirement System (CalPERS). She has led CalPERS to integrate environmental, social and governance factors across the whole fund. She sits on boards across the country and is the co-author of Fair Shares: The Future of Shareholder Power and Responsibility.