What Happens When There’s a Mistake in Your 401(k)

Are you keeping a close eye on your 401(k) and other retirement plans? You should, because employers and plan managers make mistakes—and that can lead to big headaches and out-of-pocket costs for you.

Just ask Benjamin Levy, a retired information-technology professional whose former employer erroneously deposited in his 401(k) a portion of a bonus that he received after he retired. The company overlooked its own plan’s rules prohibiting retirees from making contributions. Meanwhile, Mr. Levy already had rolled that contribution into an IRA, along with most of his 401(k) balance.

Now Mr. Levy may be on the hook for taxes and penalties for the portion of his IRA rollover that should have been paid as income to him.

“We’ve seen a broad range of mistakes involving both defined-contribution and defined-benefit plans,” says Emily Spreiser,legal program director at the Pension Rights Center, a nonprofit advocacy group in Washington, D.C. Such mistakes include: failing to put contributions into 401(k) accounts in a timely manner; contributing too much or too little; failing to abide by the participant investment elections; failing to enroll new workers when they become eligible; failing to automatically increase workers’ contribution rates when the plan rules call for it.

Among the most difficult cases are those where the employer overpaid benefits for many years and then attempts to recoup the money. Such recoupment efforts occur mostly with traditional pension plans, in part because there’s a monthly check the company can reduce. Also, employers are responsible for making sure the entire group of current and future beneficiaries isn’t harmed by any lost benefits.

In one case, a retired janitor was collecting about $15,000 a year in benefits until the pension-plan sponsor realized it had his date of birth wrong, says Bill Bortz, a retired lawyer who worked on pension plans at the U.S. Treasury Department and now works with the Pension Rights Center on a pro-bono basis. 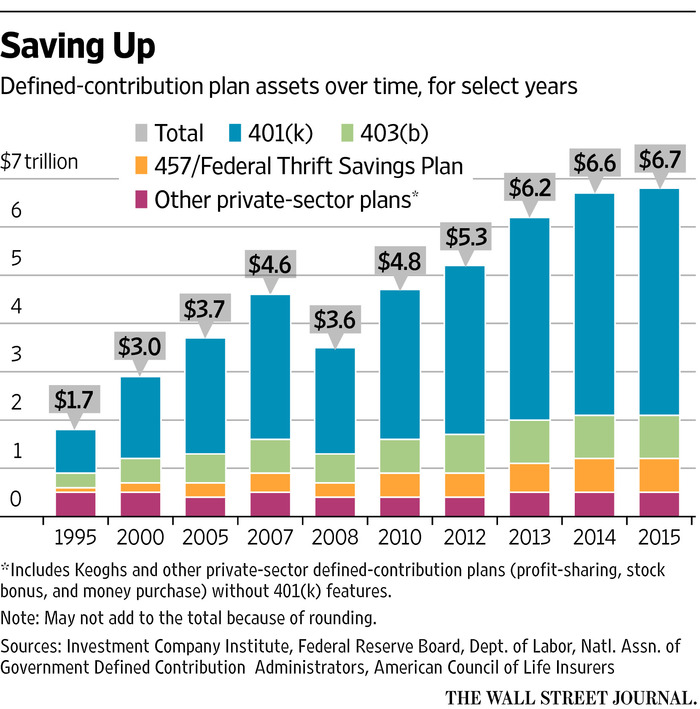 Due to a clerical error, the company thought the pensioner was 10 years older than he was, Mr. Bortz says. The company told the retiree that his benefit would be reduced and past overpayments would be recouped. The result? His pension checks dropped to zero, Mr. Bortz says, until lawyers from the Pension Rights Center stepped in and negotiated with the employer to reduce the recoupment.

In contrast, when an overpayment occurs with a 401(k) plan, the plan sponsor “is not in a position to reduce future benefits,” Ms. Spreiser says. “Their only method for reclaiming that money is writing to the participant saying, ‘You owe us this money. Please pay it back,’ ” she says.

“In some of these letters, we have seen threats to sue or language insinuating there is a potential for future litigation if the participant fails to comply,” she says. “But a lot of times plans don’t end up suing.”

In many instances, the quicker a retirement-plan mistake is caught, the less pain there is for the plan participant. Say an employer realizes it has failed to implement a worker’s election to increase her contribution rate. In general, to resolve the situation the company must make an additional payment in salary to the worker equal to 25% of what should have been withheld from the worker’s pay, adjusted for earnings. The employee gets the benefit of that extra contribution, though her retirement account still has less in it than she had intended. But she can increase her contributions going forward.

The specifics of each situation determine what the appropriate remedy is under IRS and Labor Department rules. For example, in the situation described above, if the employer finds and fixes the mistake in less than three months, it doesn’t owe the worker that extra payment.

Two common errors are calculating 401(k) contributions based on incorrect compensation—such as a bonus if the plan’s rules exclude bonuses—and failing to get contributions into the plan in a timely manner, says Jason M. Lumpkin, a senior manager in the pension and benefits group of Schneider Downs & Co., in Pittsburgh.

Another common problem “is issues with auto-enrollment and auto-escalation,” saysMarcia Wagner, founder of Wagner Law Group, based in Boston, which works with employers to fix plan mistakes. “The plan says you’re auto-enrolled at, say, 3% and after one year it goes up to 5%. Employers are supposed to do that and they don’t for whatever reason. It’s an administrative snafu. It happens a lot,” Ms. Wagner says.

Things to look for

Here’s what individuals can do to monitor their retirement plans themselves, and to make sure that if a mistake is made, it gets corrected quickly:

Confirm changes: If you’ve made any changes to your plan, such as changed your contribution rate, taken out a loan or changed your investment elections, “follow up to make sure it’s what you wanted to occur,” says Sherri Painter, a senior vice president and director at PNC, a financial-services firm that offers retirement-plan services to employers.

Save your plan documents: If you receive a letter from your plan sponsor reporting a mistake, “read everything as carefully as possible,” says Ms. Spreiser of the Pension Rights Center. “Dig out any documents” you have, she says, including any records on payments received.

Follow the plan protocol: If you think there has been a mistake, try to confirm it in the rules in your summary plan description. Then contact your company’s human-resources department. “Make a claim under whatever the protocol is according to the plan,” Ms. Wagner says.

Get free expert help: For free help in contesting pension mistakes, go to PensionHelp.org, a service of the Pension Rights Center, or call its hotline at 888-420-6550. If you’re curious how your pension benefits were calculated, free help is available from the American Academy of Actuaries’ Pension Assistance List. The U.S. Labor Department has details about the rights of retirement-plan participants. The Labor Department pamphlet “What You Should Know About Your Retirement Plan” also is excellent.

Mr. Levy, the retired IT worker whose employer mishandled his 401(k), says he plans to ask the company to reimburse his out-of-pocket costs for dealing with his issue, including the cost of revising his 2014 tax return. It’s unclear at this point how the employer will respond.

“I’m going to have less money in my IRA and more money in my after-tax assets than I otherwise would have,” Mr. Levy says. Still, he adds, “This is a frustration, not a life-changing event.”